In addition to Bitcoin and litecoin, the currency called ether has emerged in the virtual market and is already reaching almost half of the Bitcoin cash share.
Ether is the name of a currency that works on the Ethereum network protocol and is very similar to other cryptocurrencies. It appeared on the market in 2013, created by Vitalik Buterin and is based on blockchain technology and uses a unique token – Ether. Being based on blockchain technology means that it allows developers to create and publish applications that are decentralized. Ethereum is considered to be much more than a cryptocurrency. It’s possible to gather Ethereum from online exchanges such as CoinBase, as we outlined below, and Ethereum can be mined via Eth cloud mining. 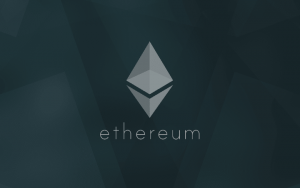 The main similarity between Bitcoin and Ethereum is that they are both built with blockchain technology. Bitcoin is a deflationary currency, more precisely, it depends on the number of users, and its quantity decreases over time. Ether has no limit but has a fixed production ratio. Which would mean that the value of Ethereum will not grow disproportionately as it does with Bitcoin, but will have continued stability in the market? Ethereum uses smart contracts – …